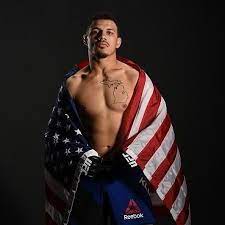 Born and raised in South Haven, Michigan, Klose had a standout wrestling career at South Haven High School, winning a state championship in 2005. He continued his career at North Idaho College, before later relocating to Arizona.

We are excited to work with an athlete sporting a mixed martial arts career like Klose. Prior to joining the UFC, Klose amassed a record of 7–0–1 in organizations such as Resurrection Fighting Alliance and World Fighting Federation. Klose signed with the UFC in late 2016.